Cale is a behavioural researcher with an eclectic background across the psychological and social sciences. He believes a diverse toolbox of methods – from data analytics to ethnography – is critical to understanding the social, cultural and personal drivers of an audience’s decisions.

KFC called on Chinese consumers to ‘eat your fingers off’. Ford told Belgians that every car had a corpse de haute qualité, or a ‘high-quality corpse’. It’s fun to laugh at these failed translations. But language is only the most obvious element of cultural variation. People across cultures speak differently, but they also think differently. They perceive and respond to the same messages in different ways. Furthermore, their ways of thinking are not permanent or stable: situations can actually prompt them to behave more like someone from a different culture. So, to tailor an effective marketing campaign, you need to consider both the culture and context of your audience – both will affect their responses.

Why did Cadbury’s hit gorilla spot bomb with Chinese consumers? It’s old hat to claim that East Asians are collectivist – they tend to think of people as interdependent and shaped by their membership in groups. East Asians are more motivated by group norms and others’ opinions than Westerners, who tend to be individualist and to treat people as discrete actors pursuing their own goals.

Could these broad social attitudes shape our basic mental processing – and ultimately our responses to ads? Psychologists at the University of Oxford, UK and the Australian National University believe so. In one test, they showed East Asians and Westerners large letters (like an ‘A’) made up of smaller letters (like lots of ‘n’s). East Asians were faster at identifying the large letter than the small one. This is an example of processing information holistically. East Asians tend to notice and emphasise context, and the relationships between things. Westerners tend to be analytic thinkers: they focus on specific objects and consider them discretely.

East Asian audiences’ tendency towards holistic thinking means marketers must be aware of everything that is surrounding their message – within an advertisement, in its physical context, and in the broader story of the company. What is happening in the background may seem irrelevant to Western focus groups, but be surprisingly significant to more holistic thinkers. East Asians will try to integrate everything into a coherent whole. Perhaps that’s what Cadbury missed – while most Western viewers accepted the contrast of a drumming gorilla as funny, Chinese audiences thought the disparity strange and confusing.

People differ within cultures and over time

Of course, close observations challenge generalisations about ‘East Asians’ and ‘Chinese’. Within-culture differences far exceed between-culture differences. Wal-Mart has sold ‘roach killer’ in the southern states of the USA, but ‘ant killer’ in the north. And language is again just the surface: those in the south tend to be more collectivist than other Americans. We have to critically consider the mindset of our particular target audiences. To think subculture, not national culture.

So culture, and thinking style, varies between individuals according to their countries and groups. But it also varies within an individual. In different situations, the same person will think in ways that look culturally different. In one experiment, Westerners who had to circle group-based pronouns (‘we’, ‘us’) rather than individual pronouns (‘I’, ‘me’) were faster at identifying the large letters in the task described earlier (like the big ‘A’). As individualist Westerners, they would typically have focused on the little ‘n’s; however, the situation had prompted them to think more holistically. Culture is neither static nor stable.

Marketers need to consider their audience’s preferred mindset, but also that triggered by the situation in which they receive the marketing message. Let’s compare billboards at a football stadium and on a highway. Donning your team’s colours and cheering in unison will trigger holistic thinking much more than sitting behind a wheel. As a result, an ad emphasising others’ opinions, with a busy, populated background, may be more effective at the stadium – where the more collectivist audience will be primed to consider relationships and contexts.

Where would you choose to put an ad full of factual details and product statistics, which are more aligned with an analytic mode of thought? It may have greater success accompanying a podcast, designed to be heard alone, than in the middle of a television drama about families.

Marketing tries to motivate behaviour by changing thoughts. To achieve this change, you need to know what your audience is thinking, but also how they’re thinking. It’s here that culturally aware qualitative research becomes critical. Qualitative research can provide a nuanced picture of what subcultures you’re trying to reach, and the experience those people have of receiving your message. This information is key to finding an effective marketing strategy: one that pulls apart the facts for analytic thinkers, or embeds your product in context for those thinking holistically. With the right research, your campaign won’t end up a corpse de haute qualité.

Find out How Behavioural Recruitment™ Will Refresh the Research Industry 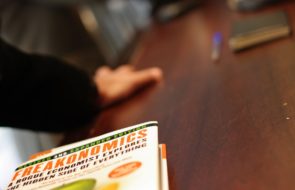 This thought provoking Freakonomics podcast on behavioural research struck me as particularly relevant…... 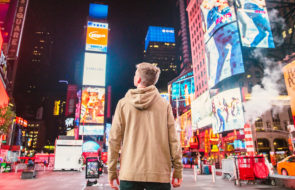 How do hyper-targeted ads work so well?

Why targeted advertising is effective for marketing and participant recruitment, from a psychologist’s point of view.... 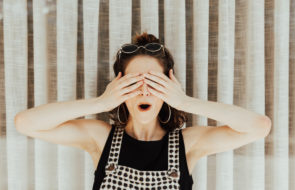 Studies find that participants often may not be who they say they are. Consumer psychologist Patrick Fagan explains how digital behaviour is often more reli...