How do hyper-targeted ads work so well?

As an illustration, a group of researchers based out of Cambridge university built a quiz on Facebook. They used it to collect personality data on millions of consenting users, whom they subsequently classified as low or high in particular personality traits and targeted with appropriate adverts. For instance, a make-up ad targeted at extraverts exclaimed, “Dance like no one’s watching (but they totally are),” while the version for introverts stated, “Beauty doesn’t have to shout.”

When ads were targeted to users’ personalities, they were over twice as likely to be converted – that is, to click on the ad and buy the product.

Of course, Facebook came under fire last year for allowing politicians to use targeted advertising on its platform. Indeed, targeted political advertising can have an impact – as long as its aim is true and the audience is receptive to its message. Elsewhere, the evidence that personalised communications are more effective than standardised ones is overwhelmingly consistent; for example, a meta-analysis of fourteen experiments found that the likelihood of responding to survey invitations is increased by a fifth when they include the respondent’s name. Even face-to-face, personalisation matters: when waiters in one study repeated customers’ orders back to them, average tips increased from $1.76 to $2.97.

So why is personalisation so effective? There are three reasons.

Firstly, we are evolutionarily hardwired to pay attention to personal things.

We – all of us – are cognitive misers with only a limited amount of brainpower to process the world. That is why, for example, about half of us would fail to notice a unicycling clown as we’re walking through the park. We simply cannot consciously process everything; instead, a network in the brain acts as a sort of gatekeeper, processing everything at a low level and directing our limited attention spans only towards that which it deems important for our survival. This is why we’ll instantly and automatically pay attention to a snake, for instance. Likewise, research has shown that personally relevant stimuli, even extending to objects we own, immediately catch our eye.

When it comes to advertising, eye-tracking research has demonstrated how targeted ads catch more attention. In one striking illustration, a study found that people look at a banner advert for anti-aging cream for about twice as long when the ad contains a digitally aged version of their Facebook profile photo!

In his – ironically very influential – book Influence, Robert Cialdini laid out six principles of social influence, of which one was ‘liking’ – that is, a message is more persuasive when the source is liked. For example, waitresses get almost $10 more in tips when they smile, and the most attractive people in society earn about 5% more money. A big aspect of liking, however, is the familiarity and similarity of the source: the more like us a person is, the more we like them, and the more amenable we are to them, due to the evolutionary value in group bias. For example, a seventies study had researchers dress either in suits or as hippies, and ask strangers in the street for money for a phone box; dressing as a hippy resulted in compliance from 75% of hippy strangers but only 33% of suited strangers, and vice-versa for dressing in a suit.

The third and final reason personalisation matters is because personalised messages ‘vibe’ with us neurologically; in other words, they can tap into deep psychological processes which govern how we perceive the world.

Extraverts, for example, have a higher volume of the brain region responsible for processing reward information, which may go some way towards explaining why they tend to be happier, more active, and more outgoing. This, in turn, predicts the type of media extraverts tend to like – specifically, stimulating, positive and social media like chat shows, celebrity magazines and dance music.

To put it simply, understanding an audience’s personality allows the message sender to tap into the way their brain works and speak to them in the most resonant way. For example, adverts for conservative people should use representational aesthetics, concise language, and persuasive appeals to authority, purity and loyalty.

Ultimately, the recommendation for researchers is clear: whether sending messages to toothpaste buyers, political voters or survey respondents, they will work better when they are targeted, because recipients are more likely to pay attention to them, ‘vibe’ with them, and be persuaded by them. 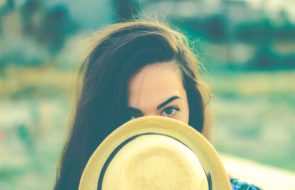 Liveminds, LivingLens and Feeling Mutual gathered 60 mins of video from 15 people in 48 hours...

The challenge was to find 400 fans of real ale in the southwest counties of the UK for a quant study... 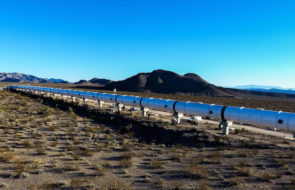