“He could sell salt to a slug.”

In April 2015, writing for AdMap, I predicted that Coke Life – Coca-Cola’s green-branded stevia-containing drink – was “doomed to fail”. Two years later, the product was in fact discontinued after poor sales. I knew that Coke Life was unlikely to succeed because it did not understand its customers: it did not understand that the health-conscious are unlikely to buy Coca-Cola in any form, or that those who do buy Coca-Cola are searching for its distinctive red branding, which affects the taste and enjoyability of the drink.

Of course, New Coke similarly stands eternal as the Colossus of marketing screw-ups, blundering into the market with an unwanted product at the sacrifice of the beloved original. Indeed, marketing lore is replete with examples of brands who suffered because they failed to understand their market. Tropicana, lost $27m in just one month, representing a 20% sales decrease, when they rebranded their juice, because they failed to understand that their customers were time-pressed shoppers using habit to buy what they recognised. Elsewhere, MySpace died at the hands of Facebook ostensibly because it did not understand that its users wanted to be nonymous, not anonymous, and have their identities publicly defined by other users rather than oneself; and Iridium cost Motorola $5bn by locking a business plan in place 12 years before the product - a $3,000 brick-sized phone enabling international calls at up to $30 a minute - was made available to the market in 1998.

(And as an aside, British readers may remember First Great Western investing in Volo TV screens in the back of seats in 2010; what consumer insight team decided that passengers would value a paid-for, low-definition screen with limited content over their smartphone?)

Although it is important to concur with How Brands Grow that mental and physical availability are crucial to brand growth, and that target markets and brand differentiations within category are largely a myth, knowing and appealing to a category’s audience remains paramount. Indeed, a study of the marketing mix found that product was by the far the most important element, in terms of sales elasticity - distribution was also important, but price and promotion trailed far behind.

In other words, a slug will not buy salt, no matter how attention-grabbing the advertising nor how convenient the distribution - but a chip shop owner certainly might. It is crucial, then, to know your audience - in order to sell the right proposition to the right people in the right way.

This is why good market research is so important. In Steven R. Covey’s bestseller 7 Habits of Highly Effective People, he outlines a cyclical model of See, Do, Get, in which our assumptions drive our behaviours, which drive the results we get from the world, which in turn drive our assumptions. That is to say, our assumptions are responsible for our results.

Faulty market research will lead to incorrect assumptions, followed by improper strategy and then, finally, by disappointing outcomes; in other words, “Garbage in, garbage out.”

The fallibility of market research is well-documented: the failure of pollsters to predict President Trump’s 2016 win may be the most infamous; elsewhere, a self-report survey of 8,000 American women found that immaculate conceptions accounted for 0.5% of births. Market research data can be rendered unreliable by many gremlins, from social desirability bias to fraud.

However, when thinking about understanding your audience, one aspect of research is paramount: are you even talking to the right people? Studies have previously found that participants often may not be who they say they are. For example, it is well established that counter normative behaviours like smoking and sexuality are underreported in self-report. Yet, even more basic demographics may be misrepresented in self-report data, as illustrated by one study which asked participants to online self-report their weight, and followed this up with a face-to-face direct measurement; self-reported weight was lower than actual weight on average, and self-reported BMI classifications were wrong 7% of the time. Similarly, when asked outright, 93% of US drivers claim they are above average drivers - a statistical impossibility!

Part of this may be to do with the fact that respondents won’t or can’t accurately report their behaviours using their conscious mind. It is a well-known psychological principle that there can be a large gap between attitudes and behaviours; one large-scale European study of environmentalism, for example, found that “attitudes seldom explain more than 10% of the variance in behaviour”.

Fortunately, in a world of big data, we no longer need to rely on self-report. Digital footprints can tell us everything we need to know about a person, from their life satisfaction to their IQ, from their age to their sexuality, without having to rely on asking them outright.

Famously, the US retailer Target was able to use sales data to predict that a teenage girl was pregnant, before she had even told her own father. This example is from seven years ago - today, every digital interaction leaves a footprint than enables brands to accurately understand who they are without relying on inaccurate self-report. From using call logs to measure extraversion to using typing speed to measure frustration, from using Tweets to measure happiness to using swiping frequency to measure boredom, the take-away is that, although participants might not be who they say they are, big data is difficult to fudge.

Ultimately, it is vital to speak to the right people when doing market research, so that your proposition ultimately fits its audience and their needs. Relying on the self-reported identity of research participants can be dangerous, since they often won’t, or can’t, respond reliably; instead, targeting of respondents based on actual digital behaviour is a route to more reliable insights and, therefore, more profitable outcomes. 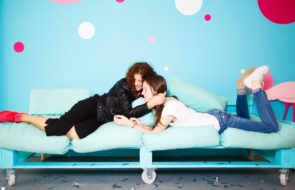 The Guardian discovers how videos connect with its younger audience

The Guardian commissioned Hook Research to carry out online qual research into how they could better position their short-f...