Judy Bartkowiak from Kids Brands Europe – Kids Research, a specialist children’s research agency, felt that she may be able to get more intimate insight from kids using online qualitative research rather than traditional face-to-face focus groups. She wanted to directly compare the two methods and explore which one encouraged kids to give the most reflective, personal responses on emotional issues.

Two groups of children aged between five and ten-years-old were selected to compare the depth and level of disclosure online and offline. All the children, online and offline, were recruited via Judy’s ‘Kids Brands Panel’ and were paid a £10 incentive for taking part. The traditional research group was held at Judy’s home over a two-hour period. The online group was hosted on Liveminds and was live for nine days.

The two groups were given the same introduction and were taken through several stages to explore their thoughts and feelings about toys. The research questions were focused on topical issues for toy manufacturers, such as:

The focus groups were fun but chaotic. The younger children talked over each other, kept going to the loo, couldn’t concentrate for the whole session and didn’t listen to each other. The boys wouldn’t engage in any discussions about female lead characters, feelings or the idea of there being boys and girls toys. Very little was accomplished and the experience consolidated Judy’s belief that this age group is best tackled in pairs, separating girls and boys.

The older children were much more forthcoming and had a productive conversation about whether dolls should look like them or be fantasy shapes, skin and hair colour. They discussed disability and had a stimulating chat about female lead characters, the idea of there being no toys, how toy shops should be organised and toys of the future. They seemed to enjoy the process and found no difficulty in listening to each other and respecting differing views. Judy felt that the older children worked well in the focus groups although did wonder whether the greater maturity of the girls and ability to express themselves may have slightly intimidated the boys.

In summary, the focus groups were much better when discussing new toys. The children were able to appraise them very well. However anything more emotive was only handled well by the older group.

The online group gave considered answers which was attributed to the children being able to express their opinions freely without interruptions or opposing views. Judy noticed comments that she wouldn’t expect to hear in a face-to-face situation such as not being interested in things, not liking things or not knowing what they think about something.

The online participants posted photos of their favourite toys and described how they played with them, many of the children shared quite intimate feelings such as happiness, sadness, friendship and companionship. In addition, they spent more time designing their toy of the future, uploading detailed photos and descriptions.

At the end of the survey parents were asked to comment on whether they thought their child would have answered differently in a face-to-face group and which method they thought they would prefer. The father of one of the boys, aged six, said:

“Answering these questions online allows them to respond at a time that is suitable and in an environment that is familiar. I can also imagine that compared to a larger focus group, where some children may dominate/not express their views, this allows children to respond more openly & not be influenced by other children’s answers. J has enjoyed the experience, liked being able to express his thoughts in writing and in drawing, and has been excited finding out the new question each day. J isn’t so keen on attending a focus group as he feels that he already does a lot of clubs and activities outside of school.”

One of the advantages of the online research was that the participants could be shown stimuli and left to comment as they wished – for example, “how do you feel about this disabled Lego figure?” 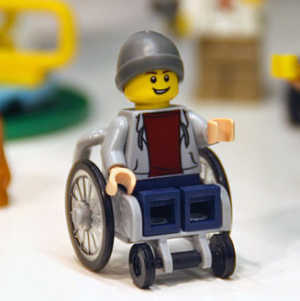 When this question was asked in the face-to-face group, there was hardly any response other than to say that they’d play with it. The moderator encouraged answers but some of the children in the group were concerned about what the others might say. Conversely, the online participants gave a wide range of opinions, for example:

I would like to play with the disabled Lego doll, if they were in a wheelchair or had no arms I would still play.

…love the idea of the Lego toy as disabled people shouldn’t be left out and my nanny is in a wheelchair.

It should however be noted that it may be that their Mums were prompting them to give answers, as parents sitting quietly with their own child are always likely to get a richer response than an unknown moderator.

There was no difference in the depth of insight when it came to straightforward product feedback but the difference between traditional and online was very clear when topics like gender stereotypes, real vs fantasy or the emotional value of toys and creative play were discussed. Judy was surprised by the results, saying:

I knew from experience that the online research would yield amazing content and that the kids would enjoy taking part but I honestly hadn’t expected that the online participants would disclose so much about their feelings. Judy Bartkowiak
Kids Brands Europe

Judy Bartkowiak is publishing an updated version of her popular book ‘Learn Market Research in a Week’ in May and has 25 review copies, if you’d be interested in reviewing a copy please contact Judy by email judy@kidsresearch.co.uk or call 07917 451245.

The Guardian discovers how videos connect with its younger audience

The Guardian commissioned Hook Research to carry out online qual research into how they could better position their short-f... 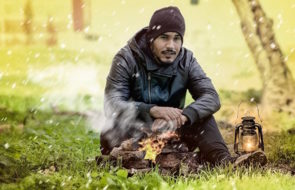 Progressive insight agency and a global media and entertainment brand carried out online qual to inform the development of survival a...

Get in touch to talk to one of our online research recruitment experts about your project.