Liveminds recently worked closely with forward thinking inc, a leading strategy consultancy, on a project for a top-flight Premier League football club. The challenge was to develop a clear, compelling strategic framework to inform and guide the club’s efforts in engaging with an audience central to the club’s future – its young fans. To accomplish this, the priority was to understand the needs, attitudes and behaviours of the club’s young fans, both at home and abroad

forward thinking inc used a mix of different methods to develop their understanding of the fanbase and the club’s current approach to engagement:

A series of interviews with the club’s senior executives and external academic experts on youth behaviour and marketing provided the starting point for the project, alongside a large-scale desk research exercise. In addition, a series of exploratory face-to-face focus groups and depth interviews were conducted at the club’s stadium with local young fans.

The largest phase of the project involved working with Liveminds to set up four online communities in the US, Australia, UK, and Southeast Asia (Thailand, Indonesia, Malaysia & Singapore). The participants were recruited through the client’s customer database and targeted social media posts, both of which directed them to an online recruitment survey. Participants completed daily tasks over a two-week period using the Liveminds mobile app. Each daily task involved either answering a few questions on a topic or completing an activity, such as taking photos of their three favourite things.

Both phases of the project brought great clarity to the commonalities and differences that exist in the needs, attitudes and behaviours of the club’s young fans across the globe. This sound evidence base enabled forward thinking inc to draw out the strategic implications for the club’s work engaging young fans, as well as providing examples of potential initiatives and internal changes needed to deliver on them. The online communities were a critical part of this evidence, particularly in helping map the key touchpoints young fans have with their club and the role these fit in “following” the club – whether it’s watching the game live on TV, scrolling through the Instagram accounts of their favourite players or messaging friends about the latest transfer rumours.

The approach’s success hinged on having the great software and support provided by the Liveminds team. Using Liveminds and the mobile app enabled us to affordably reach audiences across the globe. What was particularly powerful was the ability to talk to young fans in a medium that was naturally intuitive to their generation and an integral part of their day-to-day lives. Peter Harrold
Consultant, forward thinking inc

The client team spent many happy hours reading the intriguing, and often touching, stories participants told about following their club. Particularly captivating was the video forward thinking inc created of the images and videos uploaded by participants about what had recently caught their attention on social media; an exercise that demonstrated clearly to the client what works – and what doesn’t. 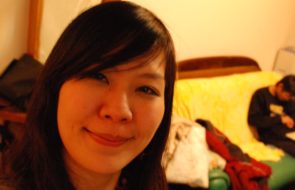 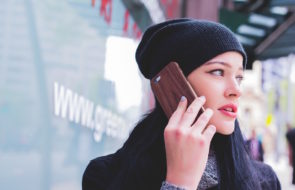 Get in touch to talk to one of our online research recruitment experts about your project.