Mind your Hinglish - the language of online Indians

Anumita Sharma is the founder and director of the third eye MARKETING INTELLIGENCE.RESEARCH.SEMIOTICS.UX. An MBA with over 25 years' international brand and market development research experience, she has travelled to 42 countries conducting research. An international research specialist, she is an emerging market, ethnic research and India expert. Anumita has moved seamlessly into the new world of digital research, social media monitoring while remaining grounded in the fundamentals of research. She has used semiotics in research for over 20 years and is now using it for UX and social media monitoring.

In the latest post in our series by global moderators, Anumita Sharma tells us about the importance of cultural understanding when carrying out global research projects.

Knowing how particular audiences chat online is essential to understanding and engaging with them. This is particularly important when carrying out online qualitative research projects with different cultural groups.

The rise and rise of Hinglish

India has 22 major languages, written in 13 different scripts and spoken in 720 dialects. No wonder then that the 1.3 billion Indians need to mix it up to understand each other. Statistics on the number who speak, read and write English in India vary. Wikipedia, for instance, claims that around 12% of Indians speak English, making it the largest English speaking population after the USA. However, I feel that the level of English comprehension is variable and although 12% of Indians may have some English, only a small proportion can be considered fluent. However, for certain, many Indians use some written and some spoken English in their everyday lives, and thus, Hinglish has been born.

“Hinglish, a portmanteau of Hindi and English, is the macaronic hybrid use of English and South Asian languages.” Wikipedia

Some simple examples of Hinglish used every day and understood by most are ‘Ek minute’ meaning ‘one minute’ or ‘kya problem hai?’ meaning ‘what is the problem?’.

As in the West, the prevalence of digital communications in India has given rise to textspeak – a way of using abbreviations, slang and emoticons when writing online and in text messages. In India, this is also overlaid with the heavy use of Hinglish in online communications.

Even more spectacular is the popularity of writing Hindi in English when communicating online. This has been an upwards trend in recent years among bilingual Indians, who are more familiar with writing in English.

And then there is Hinglish written in हिगंलिश (Devanagari script) or any of the other 12 scripts used in India. The emergence of scripts on keyboards has led to more people using Indian scripts online.

As you can see, this is a complex issue that needs to be carefully negotiated when carrying out global online qualitative research.

Last year, I had the opportunity to work with Liveminds on the development of the BBC’s new Hindi Facebook page. When I moderated the online discussions, I had to be very flexible in the language I used.

For guide-based set questions, I used Hindi but tailored the language to reflect where the majority of participants appeared to be from in India (remembering the 720 dialects!).

For probing and individual questions, I had to be very flexible and use Hindi, Hinglish or English to fit in with the individual participant’s preferred form of communicating online.

I was also careful to use a tone of voice and style that would keep the participants engaged during the four weeks we ran the project; for instance:

Some participants enjoyed taking part in the research so much that they wanted to stay in contact after the project was completed. The use of a bilingual Hinglish speaker who understands the nuances of language and culture was essential to increase online engagement and the success of this project.

If you have any international, emerging markets, ethnic or India research projects, whether face-to-face or online, and would like to discuss them further, please contact Anumita on anumita@thethirdeye.co.uk.

How to get global concept & positioning research right 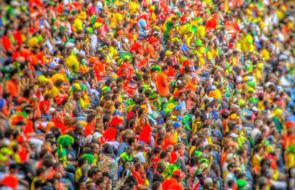 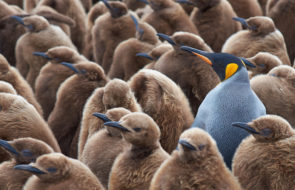 How to stand out and win pitches