The Pink Cape: How do boys feel about female superheroes?

Debbie is one of the co-founders of Hook Research. She is Hook’s kids and youth specialist and has 20 years of experience in the research industry.

In the latest post in our series by industry experts, Debbie Bray from Hook Research tells us how boys really feel about female superheroes.

I don’t think it’s any secret that the industry is definitely gravitating towards female leads.

That’s from Margot Robbie, the actress playing Harley Quinn in this summer’s newest superhero flick, Suicide Squad. Of the film’s many masked supervillains shooting across the screen, currently only Robbie’s character has been greenlit for her own standalone sequel (trumping male characters played by Jared Leto and Will Smith).

It’s clear that female superheroes (or villains, in this case) have recently become a vital part of the costume-clad ecosystem: you only need to look to the all-female casting of the most recent Hollywood blockbuster – Ghostbusters – to see a further example of this. Yet these large strides forward for gender diversity have also generated a fierce backlash. In the superhero genre – and throughout the media industry in general – how can we further work to amplify under-represented voices without caving in to the criticism of conservative fan bases?

The appeal of female superheroes

Hook Research, we’ve been thinking about this issue for a while now, and the answer rests – as it usually does – with the next generation. We recently completed a piece of work for a major children’s network, exploring the revival of a well-loved, but female-led, superhero cartoon. The network was concerned that boys might not invest in the animation without a consistent male lead. However, the results we uncovered were as surprising as they were uplifting!

Keeping some reality in the imaginary

I think the superhero platform gives the female character a relatability for the male audience as well.

That’s Robbie again. Her claim is that female action heroes appeal to boys because they embody the physicality of more traditional male action roles. But is that the only reason? Using Liveminds’ online platform, we were able to really dig into the lives of young boys and girls – supported by their parents – and explore their thoughts around gender stereotypes. What we uncovered was that boys not only accept the presence of female leads in children’s shows, but actively desire more strong, iconic women to make the programmes feel “real”. Boys are surrounded by girls in all aspects of their lives, and now expect TV shows to similarly reflect that everyday diversity. Of course, they loved the action set pieces as well, but the unquestionable heart of this show’s success was the balanced approach to gender representation.

Up, up, and away: the media industry moving forward

The media industry still has a long way to go. Last week’s news that a 15-year-old girl named Riri will be jumping into the Iron Man suit at the conclusion of Marvel’s latest print series has really set a high benchmark for which the film and television industries should aim. However, I think we can take heart that a whole generation of children are growing up with an equal, inclusive, and accepting attitude towards different types of characters on screen. And as they grow into the consumer space – and brands start responding to their newly developed tastes – we will hopefully begin to see a whole new group of superheroes in our films and on television, a supergroup that more fully represents the vast spectrum of diversity that the next generation of children have come to expect from their programming.

Hook Research is a London-based market research and content development agency providing authentic consumer insights and brand strategy across media, youth, and entertainment. If you’d like to chat more about this subject or to learn more about Hook, they’d love to hear from you! 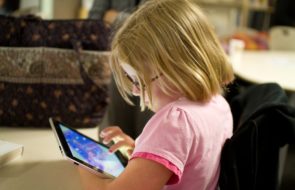 Expert Series | Industry expert, Judy Bartkowiak shows how to get the best results when working with children... 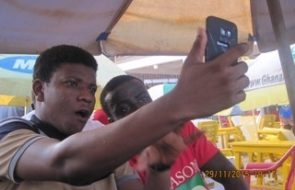 Global Qual Research | How to counter the challenges of carrying out online qual research in emerging markets, particularly in Africa…... 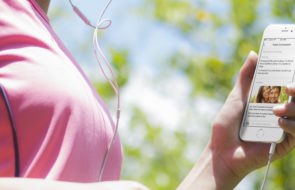